Ever since my childhood I've had an abiding fascination with history. Although my university days, where I concentrated on ancient history, are a long time ago now I've continued to read history of all periods. Of course one of my other great passions is for walking across the hills and moors of northern England. Therefore when I was given the opportunity to review a copy of 'A History of the Peak District Moors' by David Hey I jumped at the chance. 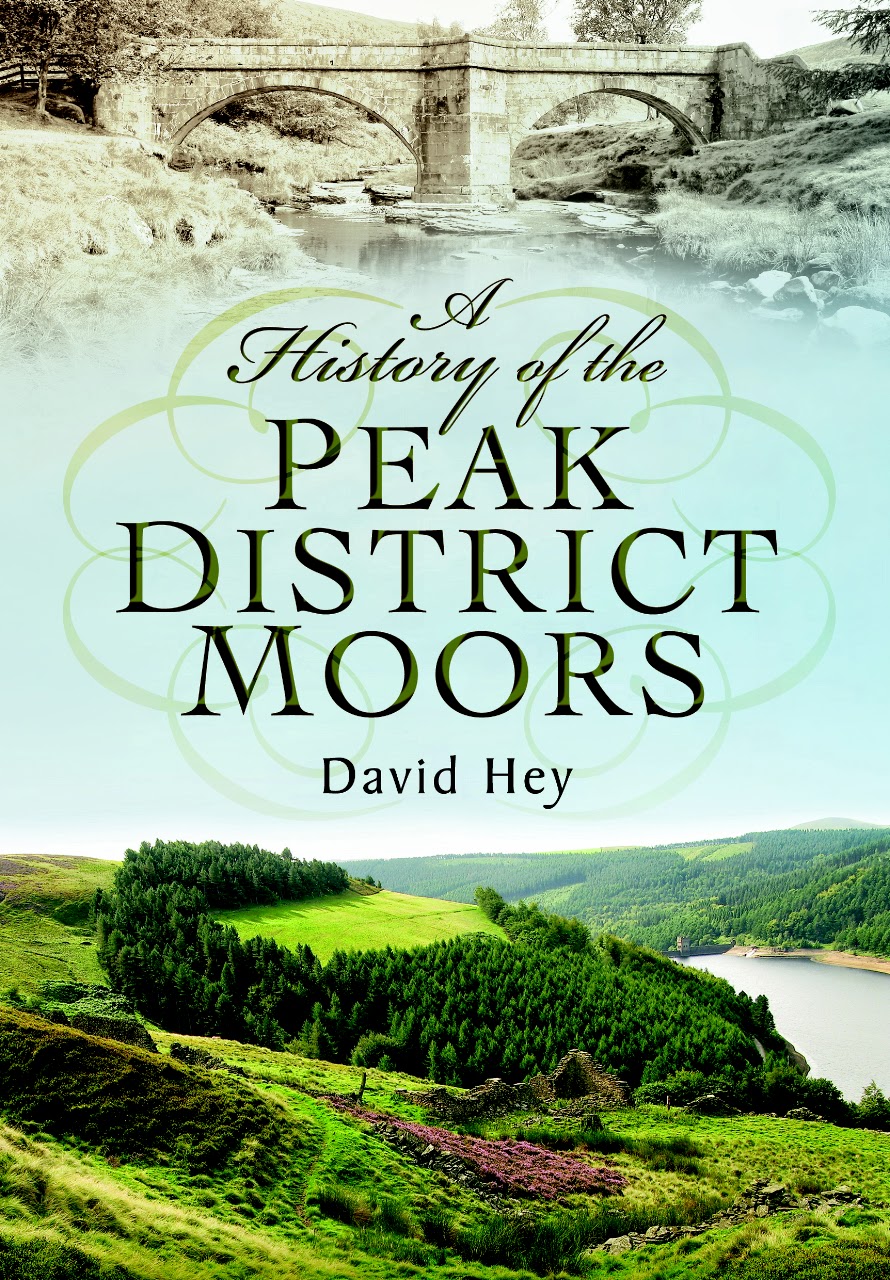 Whether it be the natural formation of the landscape over millions of years or by the (historically speaking) more recent activities of the human race whenever we set out on a walk we are literally walking through history. In his preface Hey states that the book is, "aimed in particular at the sort of people who realise that the enjoyment of a good walk in beautiful surroundings is enhanced by a knowledge of how that environment has come to be what it is today."

Although the better walking guides often provide interesting nuggets of historical information they are not written by historians. Hey is not just a professor in local history at Sheffield University but has been a keen walker all his life and has even served as the president of the South Yorkshire and North-East Derbyshire Area of the Rambler's Association. He is therefore uniquely well qualified to write a history of the Peak District Moors. It is worth adding that the book concentrates on the area that is often referred to as the Dark Peak together with the surrounding settlements with particular emphasis on the northern and eastern moors. It is therefore not a history of the area covered by the modern day Peak District National Park.

The opening chapter looks specifically at the many layers of history that can be found in a relatively small area - the National Trust's Longshaw Estate. The remaining chapters of the book then work chronologically through history starting with the Stone Age through the Middle Ages and concludes with an interesting chapter looking at some of the early campaigns for the right to roam.

One aspect of the book, and a theme that runs through most of the chapters that I found particularly fascinating is the formation of paths and trods. Many of today's rights of way once existed for more practical purposes and the book provides numerous examples including peat roads (where villages could exercise their right to cut pear for fuel), corpse roads, holloways, sheep driving trails, turnpike roads, packhorse routes, miners paths and saltways. The latter are something I've only previously come across in the Forest of Bowland where the Salter Way is an historical route through northern Bowland. In the book Hey details the routes of a number of saltways across the Peak District moors where from medieval times onwards salt was transported from Cheshire east across the Pennines.

The book is very successful in detailing how human activity and the development of technology have had a lasting impact on the moors. For example Chapter Six charts the development of huge grouse moor estates in the late 19th century. We find out that the increase in the popularity of the 'sport' was partly due to advances in weapon technology as well as the more efficient technique of beating the game towards grouse butts. To help meet demand and increase the number of birds heather burning was introduced and drainage ditches were cut across the moors. So successful were these techniques that the Peak District moors became famous for their grouse and Broomhead Moor, near Stocksbridge, had the reputation for carrying more grouse per acre than any other moor in Great Britain. Of course shooting tracks, lodges, grouse butts and grouse feeding stations are now a regular feature of the moors.

Equally interesting is the changing attitude towards the moors. Hey quotes the negative judgement handed down by seventeenth and early eighteenth writers such as Daniel Defoe who described the High Peak as, "the most desolate, wild , and abandoned country in all England". Such opinions are a far cry from modern times when the Peak District has the distinction of being the second most visited national park in the world.

Indeed the campaign for the 'right to roam' across the Peak District moors is the subject of the final and perhaps most interesting chapter of the book. Like many people I had heard about the famous Kinder Mass Trespass of 1932 without actually knowing too much about it. Hey does an excellent job of putting the trespass into the context of other campaigns for greater access to the moors especially the efforts of the Sheffield Clarion Ramblers and their leader Bert Ward. I confess I'd not heard of Ward before but he is well served by Hey and he is clearly someone that everyone who enjoys the moors today should feel indebted to.

Although much of the book chronicles the changes the Peak District moors have experienced over the years there were also times when I was struck by the thought that in many ways things haven't really changed at all. For example, Hey recounts that in 1283 an Adam Hawkesworth purchased land to create a new farm and that over seven hundred years a Brian Hawkesworth is still farming the same land.

One gripe is a lack of maps. Some historical maps are reprinted but these are generally quite small and I felt that in certain chapters, particularly the one on the Longshaw Estate a modern map of the area would help readers who aren't as familiar with area as the author. This is just a minor complaint though and overall I found the book well written and informative. Strongly recommended for visitors to the Peak District who would like to learn more about the area's history.

'A History of the Peak District Moors' can be purchased from the Pen & Sword website.
Posted by Unknown at 08:26 No comments: