Spring is in the air!

Finally, spring is in the air! Daffodils shoots are appearing in the garden, crocuses have been appearing all over town and there were masses of snowdrops on my recent walk around Fountains Abbey. 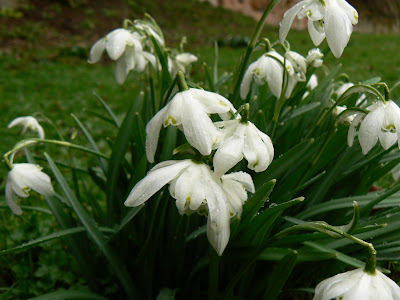 Spring has to be the season I look forward to with the greatest anticipation coming as it does after the dark days of winter. Don't get me wrong, I enjoy walking in the winter too but to be quite honest by the end of February I'm fed up of the short days and especially the lack of sunshine that has characterised the last couple of months. Hopefully the beautiful weather outside today is a taste of things to come. 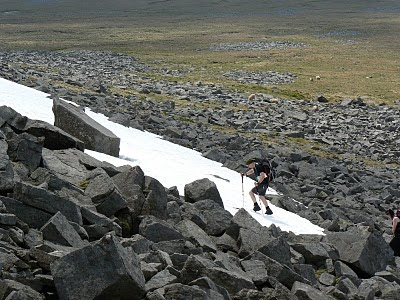 Of course the arrival of spring is not necessarily a guarantee of better weather, far from it, in fact spring sees perhaps the greatest variety in weather conditions of all the seasons. As I discovered last year on Cross Fell patches of snow can cling to the higher tops well into May. Meanwhile I seem to have a tradition of underestimating the power of the sun in April and getting badly sunburnt as I did last year on Kinder Scout. 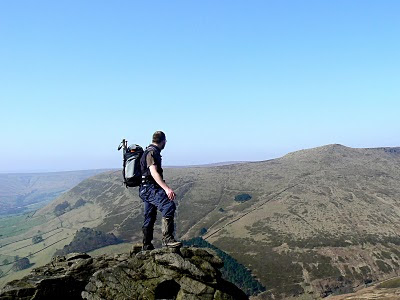 One of the things I look forward to the most as spring approaches is the arrival of the various species of bird who return to the moors and high meadows in the Pennines at this time of year. Particular favourites of mine are the curlew, lapwing and skylark. The curlew is a magnificent bird and if I could pick just one sound that I would most like to hear while out walking I think it would have to be the haunting cry of the curlew. 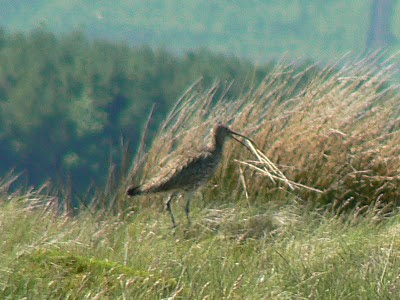 I also find the song of the skylark particularly affecting. There are few things more relaxing than lazing about on a hill top on a nice sunny day listening to the skylarks song. My two favourite memories of being treated to a whole chorus of skylarks was on Little Fell in Mallerstang in March 2007 and Mungrisdale Common in the Northern Fells of the Lake District in May 2008. 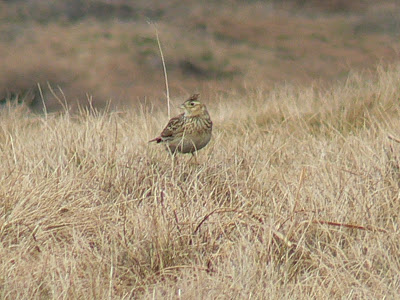 As for the lapwing it is one of the most distinctive birds both in terms of its call but also its display of aerial gymnastics if it feels threatened. In early spring I've witnessed huge congregations of lapwings both in Teesdale in the North Pennines and Wharfedale in the Yorkshire Dales - a truly magnificent sight. 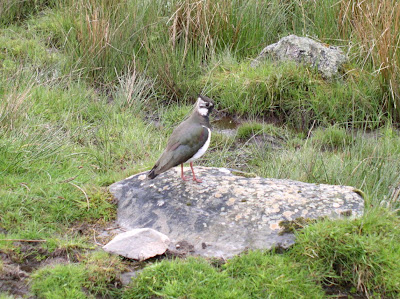 Of course spring is also lambing time as well. While watching a group of young lambs gambolling about cannot but put a smile on my face I confess I do try even harder than normal to avoid walking through too many farm fields during lambing time as the over protective mothers make me even more nervous of livestock than normal. 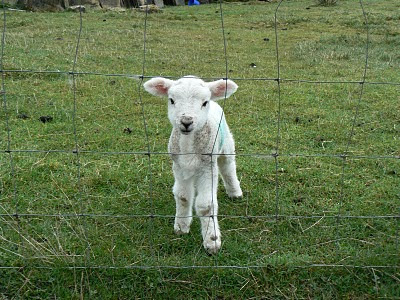 I've already mentioned a number of flowers whose appearance heralds the arrival of spring. My favourite flower though is one that appears somewhat later in the season, the bluebell. Ever since I was a child I've always loved the sight of a woodland floor covered in bluebells. Every year, in late April - mid May I always try and make sure I get in at least one 'bluebell walk'. The best bluebell spot near me is the in the woods outside Ripley. Other prime bluebell areas are the banks of the Wharfe below The Strid and the banks of the Washburn below Thruscross Reservoir. 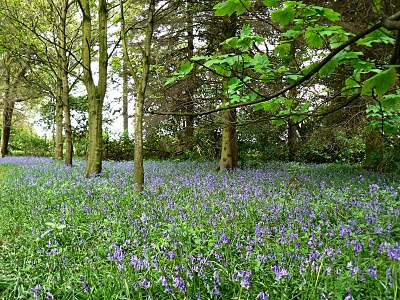