It is that time of year again when magazines, papers and TV schedules are chock full of articles and programmes reviewing different aspects of the last 12 months, whether it be the top films, best albums, top news stories of 2011, etc, etc. This blog post then is my personal look back at the best, and worst, of my walking adventures in 2011. 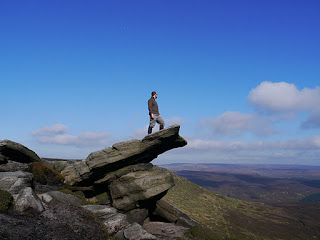 For a start I managed to complete most of the walks I'd planned out for the year and in doing so also managed to visit a fairly good variety of areas. Perhaps the two areas that most stood out for me in 2011 were the North Pennines and the Lake District. Between the beginning of February and the end of May I did half a dozen walks in the North Pennines which together greatly enhanced my appreciation for what is a greatly underrated and often ignored area for hill walking. After 7 North Pennine walks in total in 2011 I now only have a few North Pennine 2000ft tops to visit. More importantly I finally got round to climbing Mickle Fell, the historic top of Yorkshire, but which has awkward access issues due to its location on the Warcop Range. 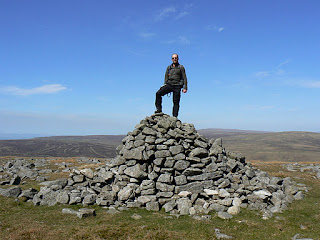 Another important walk for me was when, in March, I climbed Whiteside, Hopegill Head and Grasmoor in the North Western Fells of the Lake District. This was my first walk in the Lakes since June 2009 when, at the time, I had been struggling with a knee problem which subsequently turned out to be torn cartilege. Having been an avid Wainwright bagger prior to that injury it was great to get back into the swing of things. In total I bagged 14 new Wainwrights in 2011 and have just 17 more to go to complete the whole set. 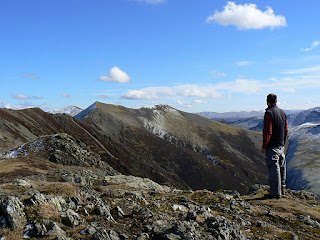 It was on one Wainwright bagging expedition that I also managed my first wild camp. Wild camping was one of those things I just knew would add a new dimension to my love for the hills but had never got round to it. Finally in July, with my friend Matt, I camped out by Sprinkling Tarn on Seathwaite Fell. Later on, in September, we also wild camped on Swarth Fell in the Yorkshire Dales. Despite the lack of sunsets and sunrises I thoroughly enjoyed both expeditions and hope to do a lot more in the future. 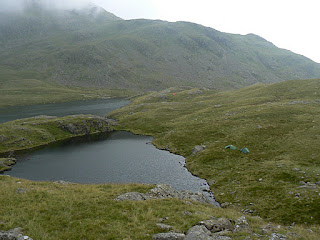 In my review of 2010 I mentioned the fact that I felt that I'd been fairly lucky with the weather. Looking back over the last 12 months I'm unable to give such an upbeat assessment. Perhaps I was just unlucky but, certainly for the first six months of the year, an excess of cloud and a lack of good visibility characterised the weather on many of my walks. 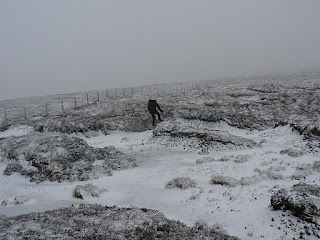 Frustratingly, even when we had the extended dry spells in March and April when it was sunny it was also very hazy so visibility was poor. On one occassion it so hazy that I could barely make out Derwent Water from Skiddaw Little Man despite there not being a cloud in the sky. It wasn't until my 11th walk of the year in mid-March that I was able to enjoy the dual combination of blue skies and good visibility. 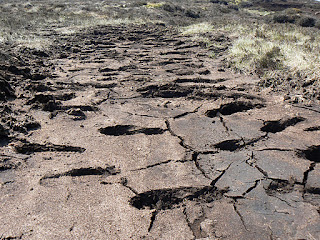 Another element of the weather that has characterised the last 12 months has been the frequency of fairly strong winds. Now anyone who spends any time walking in the hills will expect it to be windy but it seems to have been especially so this year, particularly in April and May, although some of the strongest winds I've been out in were on the Win Hill walk I did in the Peak District in November. 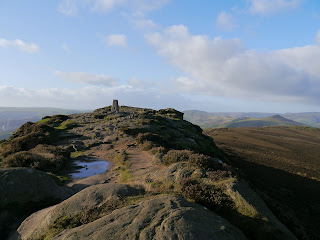 Anyway the following, in no particular order, are my best and worst moments on the hills in 2011. The following are highly subjective and as with all walking experiences were very much dependent on conditions overhead and underfoot. 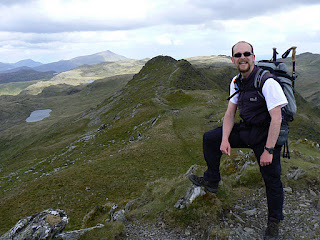 Top 5 views
1. View from White Law on the Border Ridge in the Cheviots.
2. View of Nantgwynant valley from Moel Hebog.
3. Autumn sunshine on the eastern edges and Ladybower from Crook Hill.
4. The Howgill Fells from West Baugh Fell.
5. Buttermere Valley from Mellbreak. 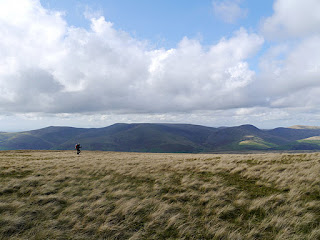 Top 5 moments
1. Discovering the patch of rare Spring Gentian on Mickle Fell.
2. Getting to the top of Whiteside, my first Wainwright in nearly 2 years.
3. Enjoying the bluebells in Littledale, Forest of Bowland.
4. Descending into Whitendale, Bowland, from the Salter Road.
5. My first experience of wild camping. 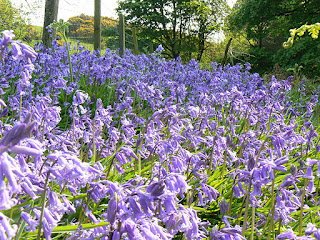 5 Worst Moments
1. Being chased out of a field by a herd of cows near Renwick in the North Pennines.
2. The detour on to Soil Hill in the South Pennines, despite the numerous public paths on the map the locals clearly didn't want walkers around and to top it off the summit was a huge spoil tip.
3. Getting the wobbles near the top of the north east buttress of Lonscale Fell, I've managed Striding Edge and Sharp Edge no problem but this route definitely got my adrenalin flowing.
4. After nearly a whole day of poor visibility and wintry conditions the last few miles of an epic walk over Grey Nag and Black Fell in the North Pennines were mentally very taxing - good recovery later on in The Angel in Alston mind!
5. Ripping my trousers from knee to crotch while leaping an innocuous stream on Barden Moor. 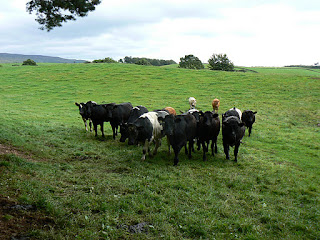 Overall it has been another cracking year for walking but now my thoughts are already turning to where I'm going to go next year. Roll on 2012!!!

Matt
Posted by Unknown at 19:44 No comments: