Getting back on track with the Wainwrights

Those who have read some of my previous blogs or who are familiar with the www.mypennines.co.uk website probably already know that I like hill lists and can be classed as the type of walker who is a 'peak bagger'. My website is dedicated to my walking adventures in the Pennines and as such features my latest progress in completing all the numerous Deweys, Hewitts, Marilyns, Nuttalls and County Tops to be found throughtout the length of the 'backbone of England'. 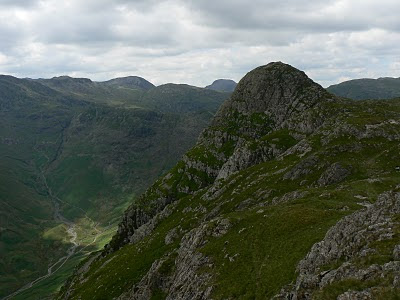 It may be something of a surprise therefore that the hill list that I most aspire to completing has nothing to do with the Pennines at all. The Wainwrights. 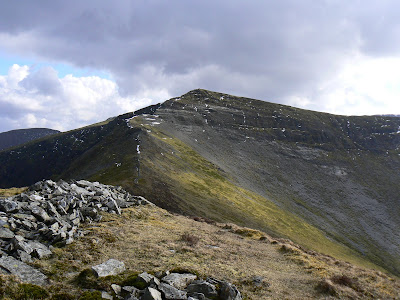 My first walking trip to the Lake District was in August 2005 when Lisa and I took our recently purchased tent to the Burns Farm campsite near Threlkeld. On our first afternoon we had a nice walk up on to Cat Bells but it was on the next day when we climbed Fleetwith Pike and then Haystacks that I really fell in love with the Lakeland mountains. The views of the Buttermere valley were absolutely stunning and I distinctly remember saying to Lisa at the beginning of the descent from Haystacks, 'if there is a heaven then I hope it is like this.' 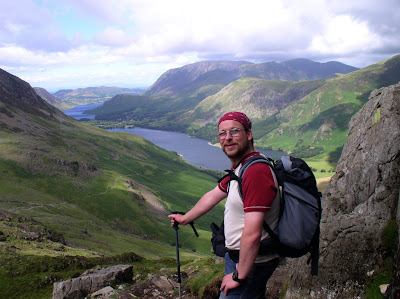 The next day I got up early and climbed Blencathra on my own via the Hall's Fell Ridge. That evening I sat by the tent reading Wainwright's 'Pictorial Guide to the Lakeland Fells - Bk.5, The Northern Fells' which I'd purchased only that afternoon. There isn't room here to discuss in detail what an utterly brilliant, amusing, informative and beautiful set of books that Wainwright created. The point is that having discovered the joys of walking in the Lake District it was the Wainwright books, and the challenge of visiting each of the 214 summits in the books, that became the major influence on my walking endeavours over the next few years. 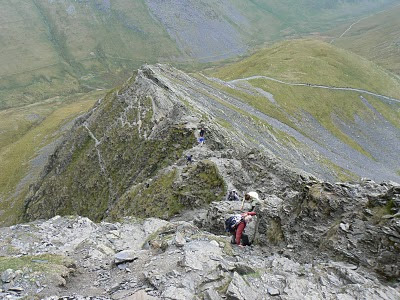 I returned to the Lakes a few months later in November when we hired a cottage for a week in the small village of Uldale. For six of the seven days we were there we enjoyed bright sunshine and plenty of blue sky. During the course of the week I visited the summits of 14 Wainwrights in the Northern Fells and a further 6 Wainwrights in the North Western Fells. The undoubted higlight of the week was on my birthday when we climbed Skiddaw via Ullock Pike and Carl Side. 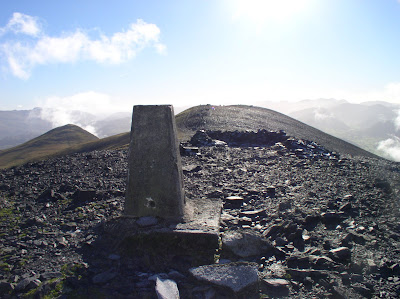 Over the course of the following 3 and a half years I returned to the Lakes as much as I could staying in B&Bs, campsites, cottages as well as driving out and back as a day trip. By June 2009 I'd completed 83 walks in the Lake District and taken my Wainwright tally to 183. Along the way I'd enjoyed some amazing experiences as well as a handful of not so good ones (top of the list probably being finding myself in the upper Wythburn Valley in heavy rain, poor visibility and fading light with a long way to get back to Grasmere). 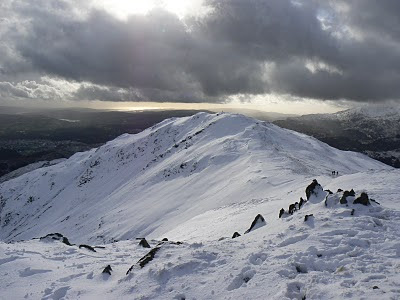 Looking back my desire to complete the Wainwrights had turned into an obsession and in pursuit of that obsession I began pushing my body too hard. As a result I began to pick up injuries. The first was in Spring 2007 when, whilst climbing the Scafells for the first time, I got a sharp stabbing pain on the outside of my left knee. This occurred somewhere between Middleboot Knotts and Round How and whilst I should really have turned back I persisted and effectively got over Great End, Ill Crag, Broad Crag and onto Scafell Pike using only my right leg. Upon reaching Mickledore common sense finally prevailed and I left Sca Fell for another day. Still the descent from Mickledore to Wasdale was one of the most painful experiences in my life. 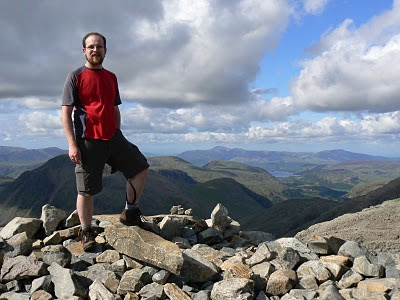 A couple of months and numerous physio sessions later I returned for what should have been a simple walk up to Steel Knotts but the same thing happened again. Again though this did not stop me from hobbling up on to Hallin Fell from the top of Martindale Hause. Eventually the exercise from the physio paid off and I was able to begin visiting the Lakes again. It was some time though before I was confident enough to take my knee support off. 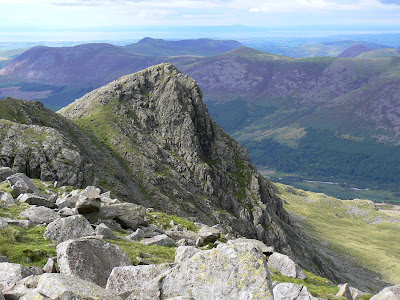 Two years later in May 2009 I began getting pain on the inside of my left knee. I struggled on for a couple of walks but it was on Seat Sandal in June 2009 that I realised that something serious was amiss. Whilst more physio got me out hill walking again by the autumn the problem had been diagnosed as a torn cartilage which was finally repaired during an operation in December 2009. 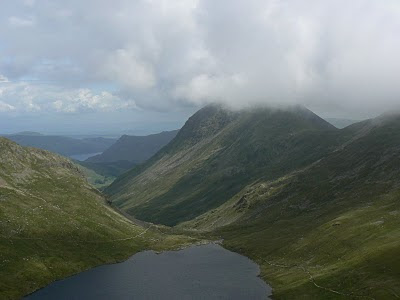 As something to keep me occupied in my spare time and whilst I waited for my knee to heal I began putting my website together. I had actually begun drafting some pages for a website six months beforehand but didn't get very far with it. At the time it was actually going to be dedicated to my walks in the Lake District. Following the operation though I was wary about going back to the Lakes too soon so instead I focused the site on the Pennines. As I began to develop the idea I decided that if I was going to call a site 'mypennines.co.uk' I'd better make sure I'd do most of my walking there, especially as there were areas, such as the West Pennine Moors, that at the time I'd never been to. It is no coincidence that the first hill walk I attempted after my operation was Bull Hill. 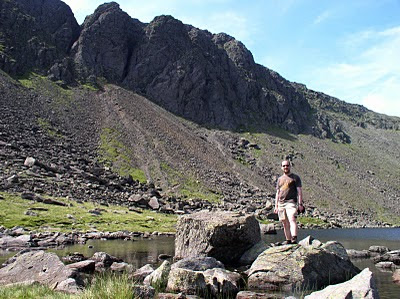 So started what was in effect a self-imposed exile from the Lake District and the joys of Wainwright bagging, an exile that finally ended a couple of weeks ago when I completed the North Western Fells by visiting the summits of Grasmoor and Whiteside. In the meantime I've enjoyed some marvellous walks in the Pennines, from the Peak District all the way up into the Cheviots, all the while though I have continued to miss the rugged beauty of the Lakeland mountains. 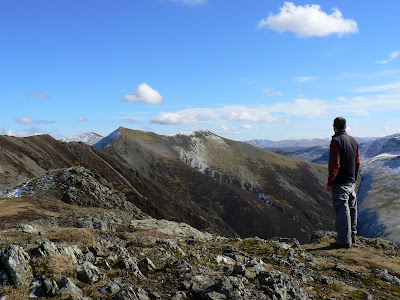 So now I've gone back, what next? It should only take me another 3 walks to complete both the Eastern and the Far Eastern Fells and that is my main target this year. I'm also hoping to go backpacking to the Lakes for the first time as well. I'll need to take it steady and I'm sure that the possibility of another injury will always be at the back of my mind. For this reason (as well as the current cost of petrol!) I need to make sure I don't get carried away and go back too often or too regularly. Instead I need to show patience and restraint and accept the fact that it may be a while yet before I finally complete the Wainwrights.