Although very different from some of my more peak bagging focused exploits in the past I would definitely count 2013 as a classic walking year. In total I managed 70 walks, all but two of which were in the north of England, the most walks I’ve managed in a year since before my daughter was born in 2007. From Axe Edge in the Peak District to Hedgehope Hill in the Cheviots, from Black Combe in the Lake Distict to Dalby Forest in the North York Moors I covered around 440 miles of northern England’s footpaths, bridleways and open access land. About a dozen or so walks, mainly with my daughter, were in places I’d been to before but the majority of my footsteps were along ways new to me. 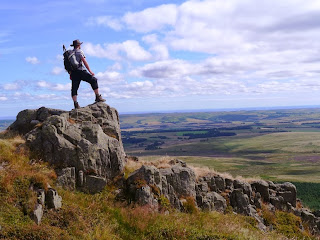 I tried, as usual, to sample as many different areas as I could. With eight walks this was by far my most productive year of walking in the North York Moors and these walks in the Moors were some of the many highlights of the year. On the flip side I only managed two walks in the North Pennines and only three in the Peak District. With the latter this was partly due to my dislike of the drive down which involves plenty of motorway driving and / or driving through or round large towns or cities. I hope to visit the North York Moors many more times in 2014 as well as visit the North Pennines more than I have in 2013. 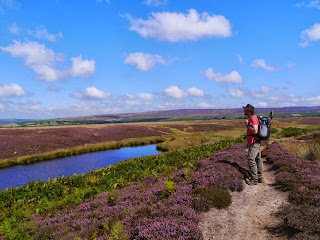 Without doubt my single biggest achievement in 2013 was finally completing the Wainwrights. Having started off with a bang in 2005 my rate of Wainwright bagging dropped markedly following a knee injury and subsequent operation in 2009. The last couple of years being so close to completing has been something of a source of frustration so it was with large sense of relief, as well as joy, that I made it to the top of St Sunday Crag on 2nd May to finally complete the set. In addition to completing the Wainwrights I also ventured into the Duddon Valley for the first time, particularly memorable was the walk up on to Caw, a fell that is excluded from but superior to many of the fells that make up the 214 Wainwrights. 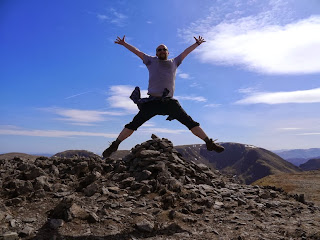 In making it to the top of St Sunday Crag it also meant that I’m only one top, High Willhays, away from completing all the English Hewitts (hills over 2,000ft with 35m of re-ascent). As this is situated on Dartmoor it may be some time before I complete this particular hill list. With the exception of 27 Deweys (many of which are in the Cheviots) I’ve now bagged most of the hills in the north of England that appear on the major hill lists. Perhaps it is for this reason that I’ve gradually begun moving away from planning a walk to bag a specific summit and towards planning a walk around visiting a particular feature or simply to explore an area I’ve not visited before. I think I’ve surprised myself as to how much I have enjoyed this approach and I’m planning a lot more of these kind of walks in 2014. 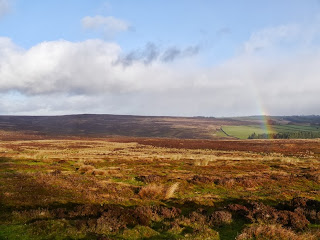 With my original walking partner Matt now devoted to running and limited opportunities for my wife and I to go for walks I’ve spent much of the last few years walking on my own. This began to change in February when I met up for the first time with Tim and Jack from the Bowland Walks website for a walk up on to Nicky Nook. We got on really well and we’ve subsequently met up for further walks in the Forest of Bowland as well as the Lake District, Peak District and Yorkshire Dales. In April I also met up with Wally from Sedbergh for a long promised walk in the Howgill Fells. Again we got on really well and had another fabulous walk across the Howgills in September. Forging these new friendships has been undoubtedly one of the highlights of 2013 and I look forward to more walks with Tim, Jack and Wally in the coming years. 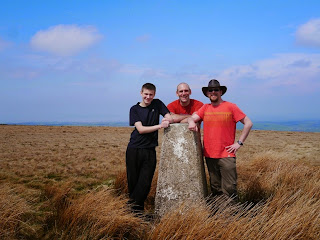 Another enjoyable aspect of 2013 has been filming many of my walks and creating short 3-5 minute videos. I’d begun attempting this back in 2011 but my PC didn’t have the processor power to edit the files. I upgraded in late 2012 and put together my first videos at the back end of last year. This year I’ve produced over 40 videos that can be seen on my YouTube channel. I’m in no way narcissistic but I do enjoy spending the time filming short clips of me walking in the hills and being able to see myself in the environment I love so much. Similar to when I got a bit more serious about my photography, going out on a walk with the intention of creating a video adds an extra dimension to the walk, especially as you are keeping an eye out for what would make a good shot. Of course taking 100-200 photos a walk plus video footage does slow me down somewhat and the length of time it takes me to complete a walk has certainly increased in the last year!

After a particularly wet 2012 I managed to stay largely dry in 2013, a notable exception being an absolute soaking on Thieveley Pike at the beginning of December. Indeed, when looking back at the year I can have very little complaint about the weather. I certainly enjoyed more good weather than bad, which has most definitely not always been the case. Perhaps I didn’t take quite as much advantage of the late snows as I could have done but on the other hand I didn’t have the correct gear to have done so safely. 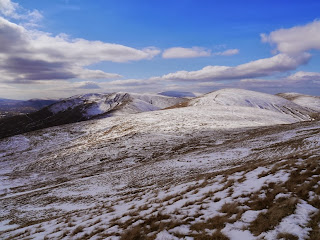 Due to the late snows there was a general delay in the appearance of springtime flowers and when they did arrive they seemed to do so in abundance. Daffodils could still be found well in to May, bluebells into June and I cannot recall seeing as many buttercups in the meadows and as much cotton grass on the moors as I did this summer. One theme of my walks from late April to early June was trying to find somewhere that the bluebells were in full bloom. From the Forest of Bowland in the west to the North York Moors in the east I went seeking bluebells with varying degrees of success. 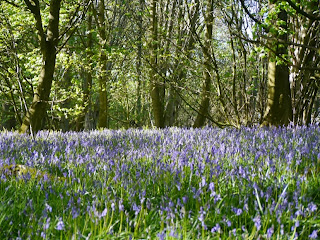 A major source of frustration has been the slow process of revamping my website www.mypennines.co.uk. Now four years old I wanted to give it a makeover but having spent a month on the redesign I found it extremely slow going updating rebuilding a website that now contains of 600 pages of content. However, there is light at the end of the tunnel and having not updated the ‘live’ website since May I’m hoping to get the new version online by the end of February. The time devoted to the new website has meant that numerous ideas for this blog haven't gone any further. I look forward to updating this blog more regularly in 2014. 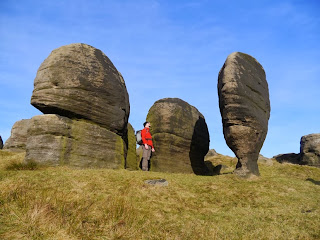 Finally, after a great deal of agonising, are my favourite walks, views and walking moments of 2013... 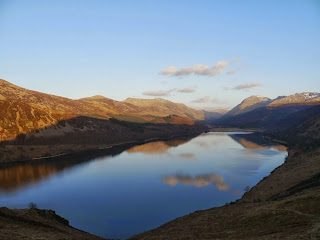 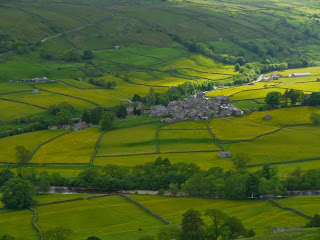 Top 5 Most Memorable Walking Moments of 2013: 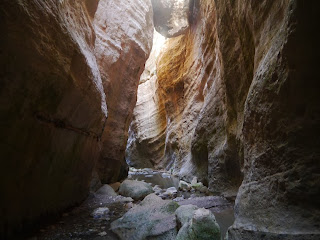 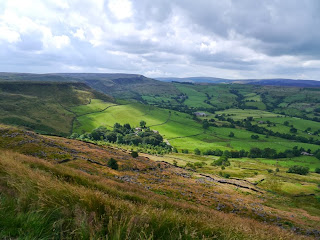