Variety is the spice of life - my walking year 2012

Considering that 2012 has just been named the wettest year on record for England and the second wettest on record for the whole UK it is perhaps fitting that it rained on both my first walk of 2012, on Pendle Hill on New Years Day, and my last walk of the year, on Whitestone Cliff in the Hambleton Hills. Whilst I did get caught in some real deluges (Green Crag in the Lake District and Alston Moor in the North Pennines spring to mind) I think that overall I managed to avoid the worst of the weather. Nevertheless it did still impact on the type of walking I did in 2012. 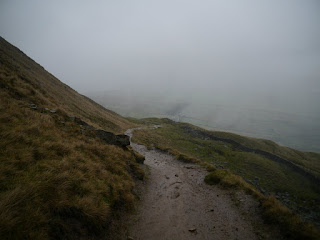 Wintry weather early in the year, particularly icy conditions meant that I avoided higher ground and instead led to my first forays into the Howardian Hills (nice but definitely not hilly) and the Arnside & Silverdale AONB (absolutely lovely) as well as a couple of walks in the North York Moors, an area that I've enjoyed re-acquainting myself with in 2012 and plan on visiting more in 2013. 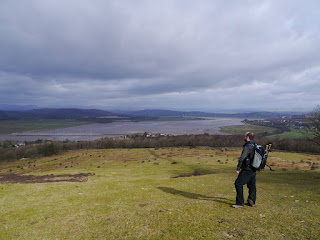 The weather perhaps had its biggest impact on my Easter holiday in North Wales. I'd been particularly looking forward to walking in the Carneddau for the first time but it was not to be. For the most part the weather was wretched and the highest I managed to get was Great Orme and even then I got to the top via the cable car (a memorable ride). Abandoning my plans for the Carneddau I instead managed a series of short walks in between bands of rain exploring the small hills and headlands in the Llandudno / Colwyn Bay area. They were all very nice little walks but ultimately it wasn't what I'd been hoping to do. 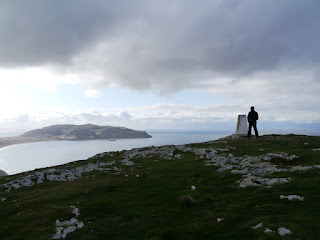 Thanks largely to trips to the youth hostels in Wasdale (in March) and Eskdale (in September) I managed another 12 Wainwrights leaving me agonisingly five short of completing the set of 214. I did however complete both the Northern Fells and Southern Fells. If I'd made a concerted effort I perhaps could have done the remaining 5 over the course of the year but I had limited opportunities to get out to the Lakes during the summer (again partly due to the poor weather). Fingers crossed I'll get to do the remaining five (Caw Fell, Hartsop Above How, Haycock, Lank Rigg and St Sunday Crag) by the end of spring 2013. 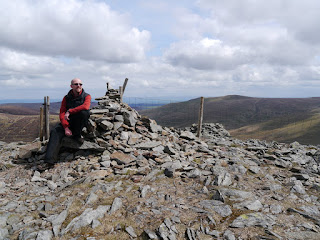 Although I didn't quite manage to complete the Wainwrights I did manage the last few tops I needed to complete all the 2,000ft summits in the North Pennines and, by extension, the Pennines as a whole. My final top was Flinty Fell, perhaps not one of the most interesting 2000fters around. Instead the highlight of that particular walk was a return visit to the superb Ashgill Force, definitely one of my favourite waterfalls in the country. In terms of Hewitts this just leaves me with Haycock, Iron Crag and St Sunday Crag to do in the Lakes and High Willhays on Dartmoor to visit in order to have completed the set of English 2,000fters. To complete the English Nuttalls I just need to also do Yes Tor on Dartmoor and Caw Fell, Little Gowder Crag and, ahem, Pillar Rock. Not quite sure about the last of those but it would be nice to try and organise a 'smash and bag' raid on the two highest tops on Dartmoor sometime in 2013. 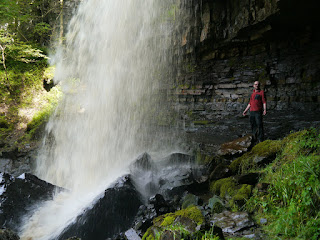 The 'new' area that made the biggest impression on me was the week I spent in the Scottish Borders in August. Staying in the lovely town of Melrose I walked the Eildon Hills twice and had a fantastic full day's walk in the Manor Hills when I did the Dun Rig Horseshoe just south of Peebles. I arrived at the top of the first Donald on the walk, Birkscairn Hill, in low cloud and rain. Minutes later the skies began to clear and within half an hour I had an absolutely fantastic prospect of the Southern Uplands. When I've completed the Wainwrights I'm going to give serious consideration to having a go at the Donalds. 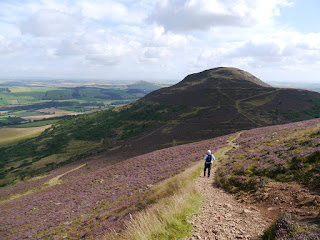 Apart from the North York Moors another area I got re-acquainted with in 2012 was around my home town of Harrogate. Between April and July I did a number of short walks in the Harrogate area, including lower Nidderdale and lower Wharfedale. Despite bringing me into increasing contact with the dreaded cows I really (somewhat to my surprise) enjoyed these outings. Although most of these walks were fairly short my longest walk of the year, and indeed for a number of years, was the 21 mile Harrogate Ringway. 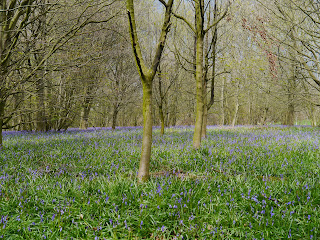 In total I did 64 walks over the course of the year, in addition to the areas already mentioned I also did walks in the Forest of Bowland, South Pennines and Yorkshire Dales, the latter including a visit to the trig point on Horse Head for one of my favourite views in the Dales. Whilst it would be tempting to spend most of my time walking in the Dales and the Lakes there really is so much great walking country elsewhere in the north of England that I much prefer to mix things up as much as I can. In walking terms variety really is the spice of life. One slight disappointment is that I didn't quite manage a step in the Peak District National Park, the nearest I got was Harridge Pike and Wild Bank which both stand above Stalybridge, just a mile or so west of the National Park boundary. 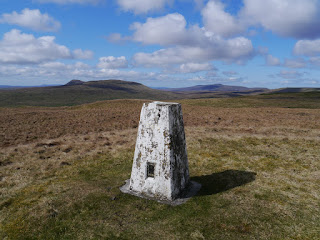 Anyway here (after a great deal of agonising) are my favourite walks, views and walking moments of 2012... 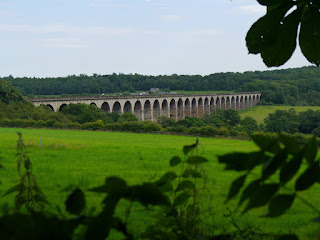 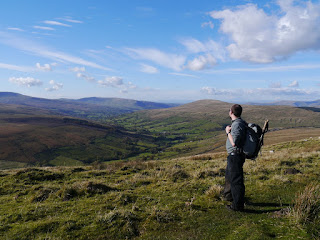 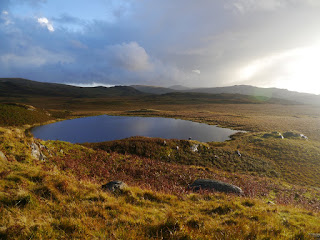