A Surfeit of Summits

It is a well-known saying that you can have, “too much of a good thing”, a sentiment I can whole heartedly agree with in the aftermath of gorging myself on a full packet of bourbon biscuits. Until recently one ‘good thing’ I didn’t think it was possible to have too much of in one go was hill summits. As a self-confessed peak bagger no walk feels complete to me without having bagged at least one summit, even better if I get to visit two, three, four or even five or six summits, no matter how insignificant, in a single walk. That was until a few weeks ago when I walked the Allen Crags – Glaramara – Bessyboot ridge in the Lake District. 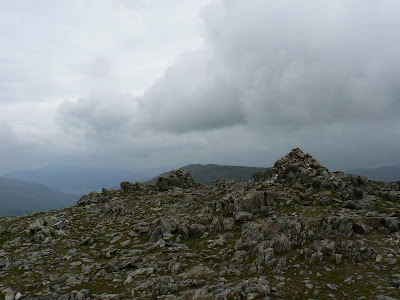 In total there were 11 summits to visit - on paper it looked like a peak bagger’s wet dream. The reality was somewhat different. Well before I reached the final summit of the walk it was clear that I was experiencing a condition previously unknown to me – summit fatigue, or, to put it another way, I was suffering from a surfeit of summits. 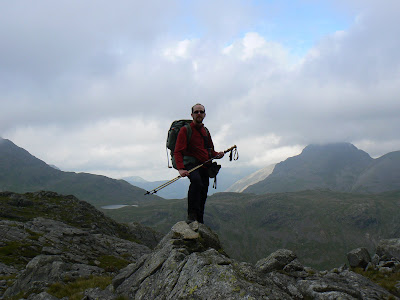 I’ve read some critical comments from people who complain that most of the summits on the Glaramara ridge are no more than minor bumps and are of little interest. I disagree. Yes some of them are, relatively speaking, fairly insignificant but in my experience every single one of them was worth visiting. 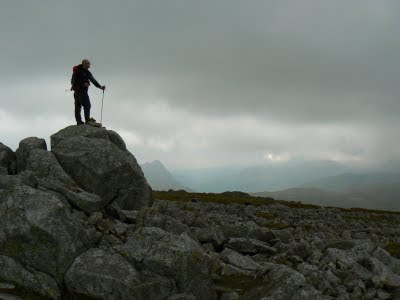 Allen Crags was the highest, Glaramara the grandest. Looking Steads had the best view south and Combe Head had the best view north whilst Rosthwaite Cam featured an enjoyable scramble to reach the highest point. However, of all the summits visited, it was the area of delectable tarns around the small knoll known as High House Tarn top that was perhaps the most beautiful. 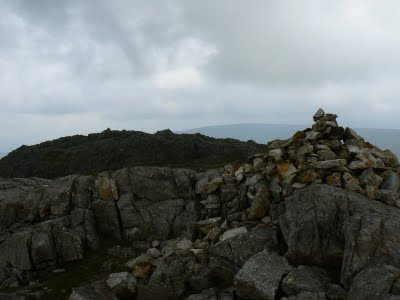 It wasn’t the quality of the summits on offer that was the problem it was the quantity. The walk was an endless succession of ups and downs with few flat areas to provide any respite for the knees. Instead of getting into a stride we were halting every half mile or so to take photos as we bagged another top. It all began to get just a bit tedious and (I never thought I’d say this) boring. 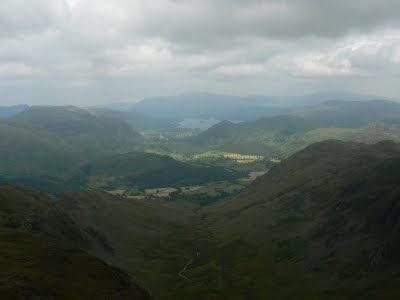 Bessyboot was the final summit of the day. The steep climb up from Tarn at Leaves proved to be a real sting in the tail. By the time the top was reached it had taken four and a half hours to travel the three and a half miles from Allen Crags. I can’t remember a walk where my pace has been so slow (though in my defence it has to be pointed out that I was carrying a heavier than usual pack having camped at Sprinkling Tarn the night before). 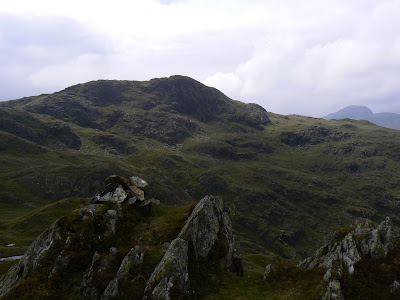 In the future I think I’ll have to try and make sure I don’t visit too many summits in one walk (there goes some of my walking plans for peak bagging in Wales). As for the Glaramara ridge I would definitely go back but I think instead of taking it all in one go I’ll do it in bite size chunks to allow me to savour it more. 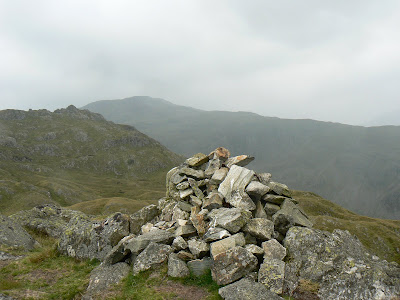 For hill-bagging geeks who are in to this kind of thing I bagged 9 Nuttalls, 4 Hewitts, 3 Wainwrights and 1 Dewey. While you try and work out how all those added together adds up to 11 summits I think I’ll go in search of some bourbons.
Posted by Unknown at 19:45 1 comment: